This “Most Terrifying” Insect Loves October 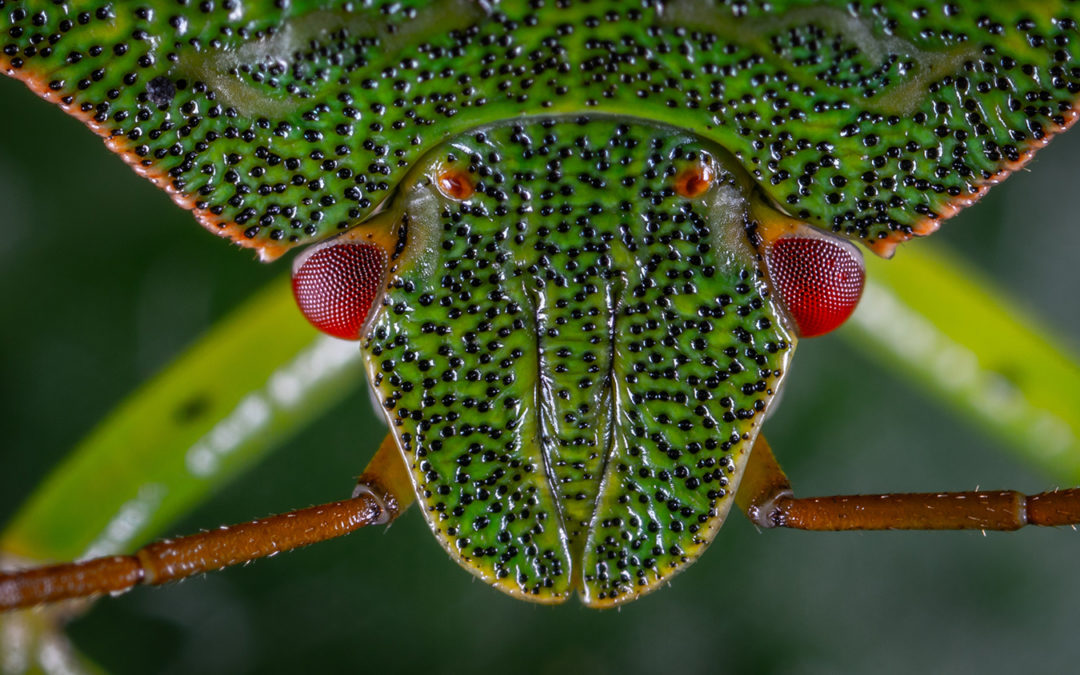 October is a spooky time. Fog hovers over the land from dusk to dawn like a ghostly apparition. Pumpkins gleam orange from their perches on your neighbors’ porches, mocking you with their toothy grins. And, of course, there’s that bump in the night you keep hearing.

You know what we’re talking about. That bump, bump, bump as you’re trying to relax in the other room. That gentle but persistent tapping against glass. We’re talking of course of the stink bug, one of the most annoying pests to grace your home every fall.

If you see one stink bug, you’re sure to see several more soon enough. It’s almost like they keep their own calendars with “October” circled in red marker. Like clockwork, as soon as the month begins you’ll start seeing them congregating at your windows, seemingly just as confused by their behavior as you are.

True to their name, any attempt at handling a stink bug should be avoided. When left alone they are simply annoying; flying around with a loud buzzing sound, smacking into windows and lights over and over with that telltale “buzz…ding! Buzz…ding!” However, if you choose to touch one, you’ll know exactly why they get their name.

There are many varieties of stink bug in the world. However, they all share a similar noxious odor, which is released when they are in distress. The smell will stick to surfaces, clothing, and even your fingers. Just one single stink bug is capable of filling a space with its odor, so you should leave the dozen or so bugs alone that are currently crawling on your window sills unless you want to get a hotel room for the night.

One saving grace is that stink bugs are herbivorous. They also cannot bite a human. The only offensive mechanism at their disposal is their 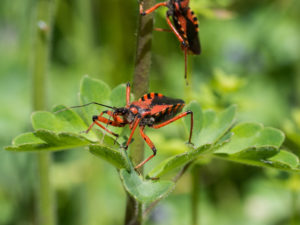 However, there are stink bug look-alikes in the shield bug family that can be easily confused as harmless. We’re speaking of the “assassin beetle”, which in many ways look like the common stink bug and can, although less frequently, find their way into your home.

The assassin beetle has a telltale “nose”, which is a long, sharp proboscis that it uses to stab into its prey (other bugs) and suck out its juices. Yes, it’s as dramatic as it sounds. While the average assassin bug is mostly concerned with finding other bugs to eat, it will use its proboscis on a human hand if threatened. While the bug itself might look kind of clumsy and goofy, its bite is said to be extremely and immediately painful.

How We Get Rid of These Fall Pests

Shield bugs of any variety, including the common stink bug and assassin beetle, have a tenacity, unlike many other bugs you might be accustom to. They crowd your home in the fall like it’s their version of Disneyland. Many of them die there, leaving you the task of cleaning up their desiccated remains.

However, stink bug management isn’t hopeless. It just requires an expert. The greatest line of defense against this kind of insect isn’t a chemical, but silicone caulk! We’ll inspect your home from top to bottom and seal every opening no matter how small. Next fall, when the stink bugs pack their bags for their annual pilgrimage, they’ll find that you’ve closed up shop. While they might be disappointed, we doubt you’ll feel much regret.

Don’t let stink bugs ruin your October, let us know you have a problem and we’ll keep them out for years to come. 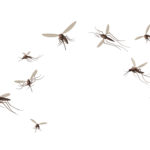 March is here; What Are You Doing to Prepare for the Bug Swarm?

How Iowa Pests Would Show Their Love on Valentine’s Day 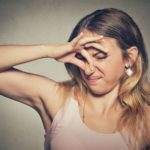 The Odd Couple: Two Pests to Watch for in January 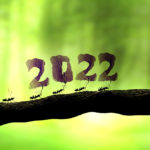 Our New Years’ Resolution: To Give You a Pest-Free 2022